Why? The report cites a range of possible explanations. Financial difficulties among students, pressure to perform in anticipation of a competitive job market, misuse of drugs – especially alcohol – and higher rates of family breakdown. But the facts remain obscure. There is, the authors warn, a ‘paucity of recent, high-quality research into the nature and prevalence of mental disorder… in the UK student population’. What is certain is that ‘it is unrealistic now (and probably for the foreseeable future) to expect health or counselling services to be able to offer direct face-to-face therapy for all those who may wish to avail themselves of it’.
That’s especially tough when you consider that, bizarrely, another group which students generally aren’t face-to-face with enough is academics. Here the report’s explanation is more obvious: ‘Academic staff are under constant pressure to maintain and improve research output’. To hear confirmation of this, just spend ten minutes in any research department. Academics don’t agree on much, but there’s one thing they all agree on: the pressure to publish has become excessive. It emanates from the government and is transmitted via university administrators through Big Brother-like ‘productivity’ dictates – such as the following which was levied at members of Imperial College's medicine department: ‘publish three papers per annum including one in a prestigious journal with an impact factor of at least five.’
You might think that a kick up the backside is just what researchers need, but they don’t. Recently I was chatting to a senior academic who explained how she and her colleagues used to be perfectly capable of balancing and policing their own publishing and pastoral priorities; another lamented the fact that her publishing load is so heavy she barely has time to read: a ludicrous, counter-productive irony (apparently everyone’s speaking and nobody’s listening). Then there’s the more subtle fact that pressure to churn out papers stifles deep thinking, creativity and originality. At worst, academia has become an arms-race of hastily-penned pedantry, a situation perfectly captured in the slogan “publish or perish”, leaving researchers wearily bereft of the opportunity to cogitate in the way that their vocation would ideally allow them.
The Royal College’s report, in effect, advocates using one stone to kill two birds – addressing the problems of demoralized staff on one hand and distressed students on the other. The authors call it a ‘settings-based’ approach, one in which ‘the university or college is seen not only as a place of education but also a resource for promoting health and well-being in students, staff and the wider community’. I couldn’t agree more with this ethos – and it’s great to see innovative new organisations such as Mental Wealth setting the agenda in this direction. But I’d emphasize the importance of relieving publishing pressure in order to achieve the desired ends. For one thing, freeing up academics’ time will enable them to interact with students more, thus increasing ‘social capital’ in universities, which is a well-known protector against mental disorder. Why not, indeed, get students more involved in running and even maintaining their department? That way they’ll gain valuable skills and help reduce costs too.
But, most importantly, this amounts to a call for wisdom. Universities should primarily be institutions for educating and inspiring – thereby producing confident, considerate citizens and future leaders. Key to this ideal is the learning dynamic which exists between profoundly thoughtful, patient teachers and engaged, nurtured students. By relieving publishing pressure on academics – or perhaps by them recovering some of their old activism and demanding change – we can make our universities places where teachers can read deeply and profess sensitively, and become role models from whom students can learn the knack of living wisely and happily.


Ben Irvine is editor of the Journal of Modern Wisdom. www.modernwisdom.co.uk
Posted by whistleblower philosopher at 05:22 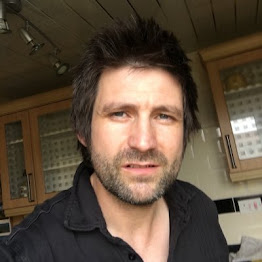